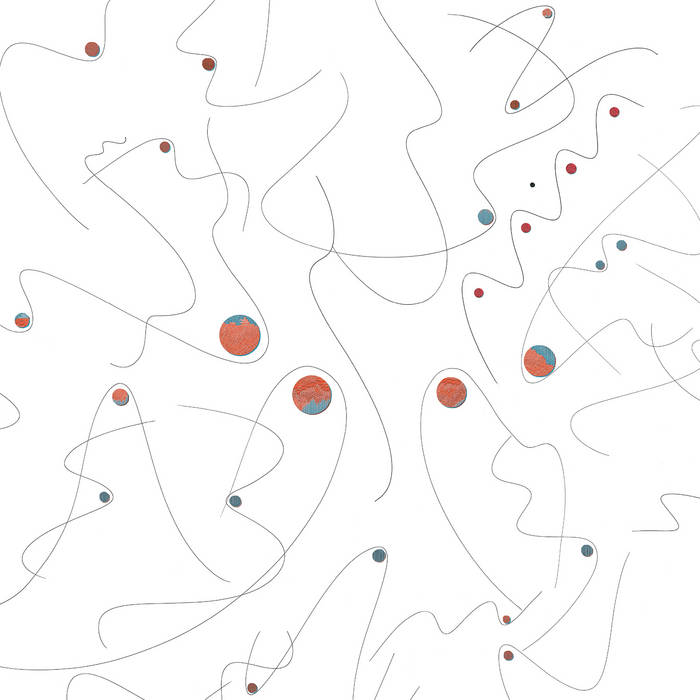 ThisShouldBeMemorable This is spectacular in it's utter weirdness, and not just as a novelty; this is a sonic marvel and the most interesting thing I've heard in a long time. I'm so glad I found it.

Sounds created for no reason. Sounds that come and go, and disappear into the air like a scent, as soon as they materialize. Atonal phrases that hold the meaning of words that existed before the advent of language. The wonders of a vortex pulsing with life. Just as a new discovery is actually a new way of looking to see what has always been there, OOIOO, seemingly from the core of their being, created a world of sound made up of parts well known that is strikingly precise and intensely original. After a six year hiatus, OOIOO has created a new album that goes back to the roots of being a four-piece band. The music shows the full spectrum of the unique sound they have crafted throughout the years, which can only be described as “OOIOO”.

It might come as a surprise that nijimusi was recorded mainly using a conventional rock ensemble of two guitars, bass, and drums. OOIOO viewed their instruments simply as “objects that make sounds”, and took a primitive and basic approach to creating the music. The drum tones fluctuate powerfully through the air, while sounding as if they are being observed under a microscope. Bass notes and electronic bursts are so dense that they sound like they’ve been vacuum-sealed. The arrangement of the tones seem to be almost ancient, transcending the notion of a musical ensemble, suggesting the connectivity and oneness that is inherent in all living creatures.

Founded in 1995 by legendary percussionist/guitarist/vocalist YoshimiO, OOIOO’s members came together as musicians who move freely between the audible and inaudible, rhythm and non-rhythm, noise and silence. The music they create is a collection of moments and essences of their favorite sounds, captured as they were created before returning into the ether. In 2016, drummer MISHINA joined the band, allowing more freedom in their rhythmic approach and overall sound. Just as each cell in the body consists of a microcosm of its own, the vibrations of each of the members resonate together to create a new life form, a process reflected in nijimusi.

nijimusi can be considered music, but is also a work of art that stimulates the sense of touch and smell, while being atmospheric and ethereal at the same time. If music is an art form based on the sense of hearing and the concept of time, this album may be deviating from the conventional definition of music. The work is a reflection of the sounds resonating from OOIOO while as they were completely present in the moment. The sounds are like the cries emanating from a creature called OOIOO, proof that it is a living, breathing being. Experience the sounds of OOIOO that can only be heard in the here and now.

OOIOO has always created a musical language all its own. Under the leadership of Yoshimi, also a founding member of Boredoms, the group has recorded six albums that have subverted expectations and warped perceptions of what constitutes pop and experimental music. ... more

Bandcamp Daily  your guide to the world of Bandcamp

outré black metal, with a Victory Over the Sun interview and music from Liturgy and Jute Gyte.